What happens to time? I could tell you where I’ve been and what I’ve been doing, but the time I lose track of is the stuff that falls down between the cracks. The half hour while you’re waiting for the washing machine to finish, or channel hopping on the TV, or surfing the websites you last looked at an hour ago to see if there’s anything new (hint: there isn’t). All those half hours where you’re not doing any writing. 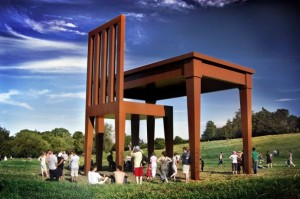 I recently identified the thirty minutes between half eight and nine as the most reasonable chunk of time for writing. It’s after the dinner has been made (probably) and the dishwasher done (possibly), and before I begin to feel too tired to wrestle with words (about 9.15). The trouble is that just identifying the time is a little like setting your alarm for the exam in the morning: it makes you feel ahead of the game, but you’ve still got to get that shit down on paper before you’re done.

In a quick trawl around the internet I was swiftly disabused of the notion that it takes only 3 weeks, on average, to settle into a new habit (any habit, not just writing). The real number is more like three times that, 66 days to be precise. This is how long it took for participants of a recent study to feel that their new habits were difficult not to do.

This is the holy grail, isn’t it? When you’re climbing back on the writing horse the saddle is a long way off the ground, the leather is creaky and new, and those stirrups aren’t where they should be. What you want to be doing is swinging effortlessly into a warm and worn patch of hide that exactly mirrors your own ass.

The odd day you miss doesn’t matter in the long term (so no need for unnecessary guilt) but it does help if you’re rigorous in the beginning: early dedication is rewarded more quickly with a sense of ‘doing without thinking’. That way any slip ups further down the line will feel more like exceptions to the new regime, rather than falling back into your ‘usual ways’. Or, in other words, yes, you’ll have more enthusiasm in the beginning but hopefully that won’t matter.

We talk about habits as if they’re separate to us, but really they’re just how we are, what we do, how we behave. We like routines (coffee in the morning) and a bit of predictability (Friday is takeaway and a movie) and changing a part of that is an effort. I’m at the point where not changing it is starting to feel like an effort – my routines are tired, and unsatisfying, and it’s affecting everything. I don’t have the energy to do anything, because I’m not doing the thing I really want to do.

So. Effort shall be applied. Habit shall be formed.

The best way to see how you’re doing with something new is to track it – there’s a link to a chart below but I’m just going to use the two pen method in my writing diary. Red means I missed it, blue means I did it. I’ll let you know how I get on. In 66 days time.

Read more: How Long to Form a Habit?

2 thoughts on “Habit Forming: how long does it take?”