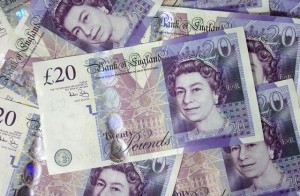 If so I could really do with it, just to take the pressure off. I suspect I’m not alone.

Oh Money. Let’s not be all airy fairy and pretend that we don’t think about it. We have mortgages, and bills, and children who need shoes, and pets who need vaccinations, and relatives who live a weekend visit away because you had to move to get work.We could all do with a little bit more.

You don’t want to be defined by it, I know. Neither do I. But we are. “What do you do?” is one of the first things you get asked by a new acquaintance. You know you’re supposed to respond with what brings in the dosh, not the things that bring you joy, like old letterpress restoration or tap dancing.

Pity those of us, who, for whatever reason, have no definable monetary role, and therefore no easy way to answer the question. The mouth thickens, the tongue stumbles into teeth, the apologies for your existence begin to flow, because your questioner has already glazed over, having made a subtle calculation, unconsciously no doubt, that you can be of no use in their own career, and therefore cease to be of interest.

No, of course it’s not like that every time.

But enough of the time, it is.

I have my own in-house careers service in my best friend (not strictly in-house, but she’s like family, so good enough). In the summer we lay on the grass in St James’s Park, staring at the clouds, and she helped me work through my anxiety about saying that I’m a writer.

“It’s because I’ve never been paid to do it,” I confessed. “I feel fraudulent.”

“So the money would make you legitimate?”

“How much would you have to earn to call yourself a writer?”

We laughed. But it raises a serious point, in that many of us find it difficult to take our work as writers (or artists or photographers or whatever) seriously, until we’ve been paid. How much money something is worth is how our culture places value on things, and the corresponding creed we live by is that if you haven’t been paid for it then what you do has no value.

And so we struggle on as artists, because we feel strongly, and rightly, that there’s more to this life than just making money, but until we’re published, or sell a picture, we have to keep afloat the idea that what we’re doing has value. It’s very tiring. It can also feel lonely and shameful, when there are so many other things you could be doing.

I’m not going to tell you that you ought to answer the question ‘what do you do?’ with ‘I’m a writer’. Everyone has to come to their own conclusion about when they’re ready to deal with the follow up of ‘oh really? I always thought I could write a novel if I had the time’.

What I am going to tell you is that it’s ok to call yourself a writer in your own head. It’s ok to push the dishes to one side and write, instead of clearing up. It’s ok to take walks through the woods while you mull over your plot. It’s ok to sacrifice haircuts and shoes and work part-time to get more space for writing, if that’s what you want.

Which is not to say that you have to give up on the idea of being paid for doing something you love. Just accept that it might take a while, and it might not be as much as you’d like. Me? I’m trying hard to make space for writing anyway, but I’m still hanging out for that twenty quid. Wanna chip in a pound?

*Obviously this is a hilarious visual joke, but you know, not really, because you can pay for the words if you like. The button really works. But just so you know, I don’t expect you to. Obviously.

One thought on “On Art and Money: does anyone have a spare million pounds?”