I think the second must really be the first day of the new year. On the first everyone is too busy negotiating hangovers, or visitors, or fractious children who’ve been too long without routine. In Scotland they’re all still languishing with their extra bank holiday but across the border we’re all secretly relieved to get back to normality sooner rather than later.

Are you resoluting? I say I don’t, but I make them every year. Vague notions that rattle around my head, globulous, slippery things that amount to whispering “be better” repeatedly. Why do we consider ourselves to be failing so consistently, so catastrophically, that we try to amend ourselves every year? 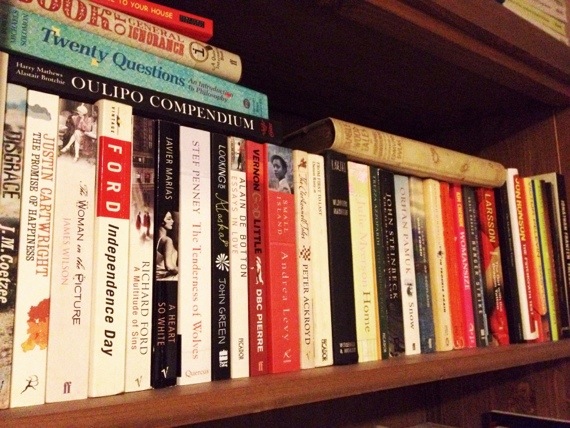 This year I’ve decided to focus on what I’m lacking in my life, things I miss, things I would like more of. Tangibly this comes down to more reading, more cinema, more theatre. This past year I have berated myself as worthless for not reading even half the books I would have liked to, and it’s not so much a problem with personality, as having forgotten how to clear out some space for these things.

I am also skint though, as we all are, so I’m having to be creative about it. I do have a fair number of books bought in a frenzy at past Hay Festivals, which could be read, and there are untold numbers of classics available for free on Kindle. I also have a couple of unlistened to audiobooks (the rediscovery of audiobooks was a highlight of last year, and made painting 37 spindles a lot easier). We have a few months left of a cut price lovefilm subscription, and I have friends who will happily lend me dvds. My only stumbling block is theatre, but there’s always the Globe for a fiver, and hopefully the summer season at the National with cheap seats. It’s not impossible to absorb more words and more art, but it is going to take some planning.

The plan then, is to finish a book & watch a movie every week of 2013. It will be harder than it sounds, I know, but here goes.